We are going to take a closer look at major economic indicators which depict progress made in short run and direction in which economy is going. However it also includes some basic statistics which effect masses as a whole and effect public opinion.

Exchange rate at any point and time what local currency will fetch in international market. Pakistan had exchange rate of PKR 122.5 against one dollar on August 18th, 2018. While on November 25th, 2018 it was PKR 135.2.

It means over the course of 100 Days of government was not able to ensure investors and governments around the country politically that Pakistan is safe and on its way. If it had then with remittances of foreign investors currency would have appreciated in value but it is quiet contrary.

Petrol prices are not an economic indicator but it effects general population at a very large scale.The price of Gasoline was 95.24 per liter on August 18th, 2018. While on November 25th, 2018 it was PKR 97.83. 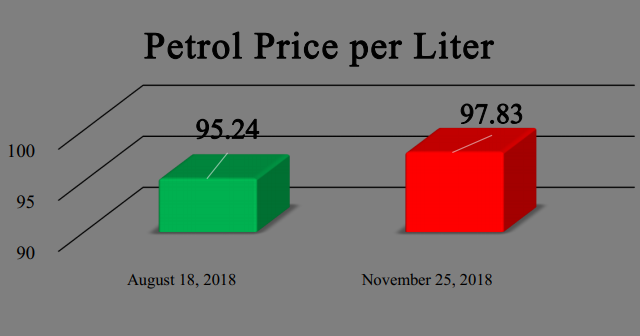 It is basic necessity of a major part of Pakistani population.It effected not only daily activity. It raised cost of doing business and services being provided.Middle and lower income house hold showed resentment overgovernment’s decision of raising prices of Gasoline. 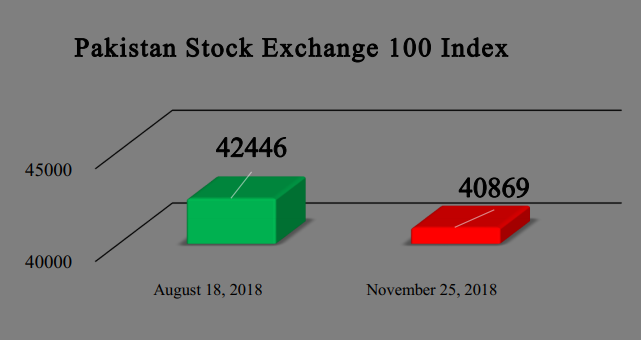 Data from fund managers and brokers at Pakistan Stock Exchange shows that there was a major outflow of foreign investors fund over past few months which is still going on.

Total value of shares in market is amount shares will fetch if they are sold at that time.Technically it is referred as market capitalization. The PSX was valued PKR 8,703 billion on August 18th, 2018. 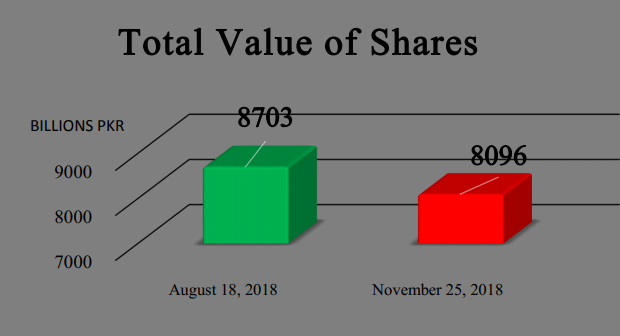 Inflation is general rise in price level of commodities. It is a measure which shows change in price from a certain point in a specific time period. It also shows decrease in purchasing power of a set of people using certain currency.The inflation was reported to be 5.84% on August 18th, 2018. 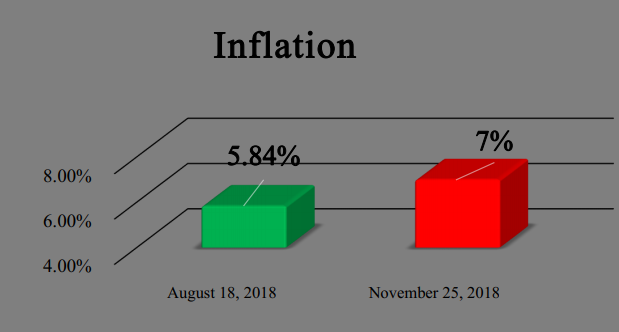 While on November 25th, 2018 it was 6.8%. It shows that purchasing power of Pakistani nation went down and prices of products went up. If you take a look at sensitive price index of Pakistan bureau of statistics it gives you detailed insight in set of products.

Trade deficit is balance created when imports of a country exceed exports of that country.. The trade deficit was USD 2.9 Billion on August 18th, 2018. While on November 25th, 2018 it was USD 2.93 Billion. 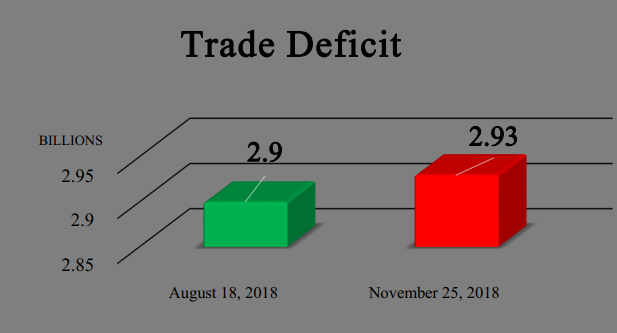 The rise is very marginal in 100 Days but this is after introducing regulatory duties on imports and devaluation of currency. If the currency would have been at same level it could reduce to a significant extent.

Every country keeps foreign reserves so that it can trade from all countries and make them payments. Pakistan’s foreign reserves stood at USD 16.72 Billions on August 18th, 2018. While on November 25th, 2018 they were standing at USD 14.7 Billions. 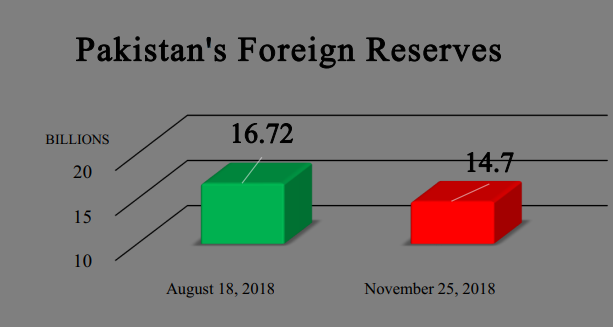 Analysts expect foreign exchange to dip further by the end of the week as month ends. The dip in foreign exchange was due to external payments and slow down in the arrival of foreign inflows.

Interest rate is cost of borrowed principal amount from any institution or individual. If the interest rate is high then less people and business will borrow money and economic activities decrease. 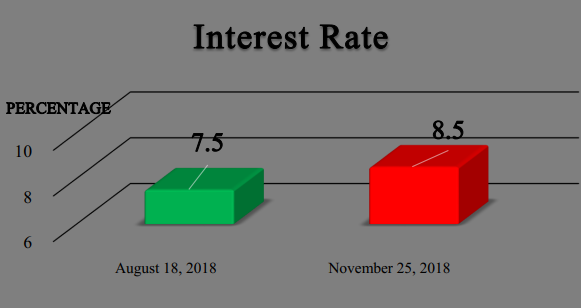 When interest rate are low the more people and businesses will borrow money and economic activities will increase.. The interest rate was 7.5% on August 18th, 2018. While on November 25th, 2018 it was at 8.5%.

Current account is measure of country’s trade where value of goods and services it imports exceeds the value of goods and services it exports. It also includes net income, interest earned and dividends, money transfers such as foreign aids and grants. It also includes any foreign direct investments made in capital account. . The current account deficit was USD 590 Million on August 18th, 2018. While in October it was USD 950 million. It has widened despite of numerous steps taken by government.

Government need to refocus to mitigate the situation as current measures placed are not working out. Spear heading the economic matters isAsad Umer. He was elected Member of national assembly from NA-54, ICT III of affluent capital city of Pakistan.He is currently Minister of Finance. He was a successful corporate executive for 27 years. However as a legislator his tenure is less than 5 years. 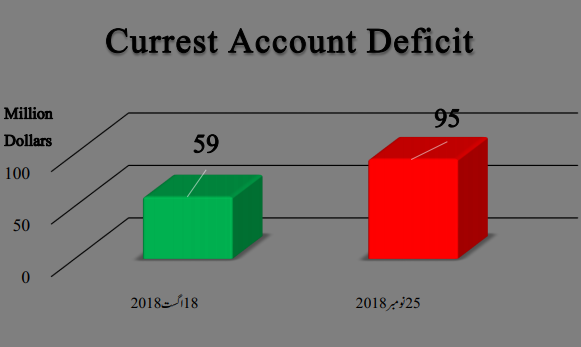 Currently major economic indicators are not reflecting progress towards promises made in political campaign, manifesto and 100 Day agenda of Pakistan Tehreek Insaf.

The promised economic turnaround will not only lift living standard of people, it will also restore Pakistan’s flight from being emerging markets to developed country.It will provide jobs to majority of unemployed youth. It will lift millions out of poverty. It is audacity of hope which kept this nation afloat throughout history. But time will tell is the nation in right hands or still it has to go the distance to find right leaders. Because in these 100 days nation was not given what was promised.