TOKYO– Japan has deployed tens of thousands of troops and rescue workers after one of the strongest storms in years hit, killing at least 23 people.

A total of 27,000 military troops and other rescue crews have been deployed in relief operations, authorities said.

“The government will do its utmost,” Prime Minister Shinzo Abe said, promising to deploy more troops if needed.

By Sunday the storm had weakened and moved off land.

Nearly 150,000 homes in the greater Tokyo area are without power with running water also hit. Train and flight services cancelled under the threat of Hagibis are resuming. 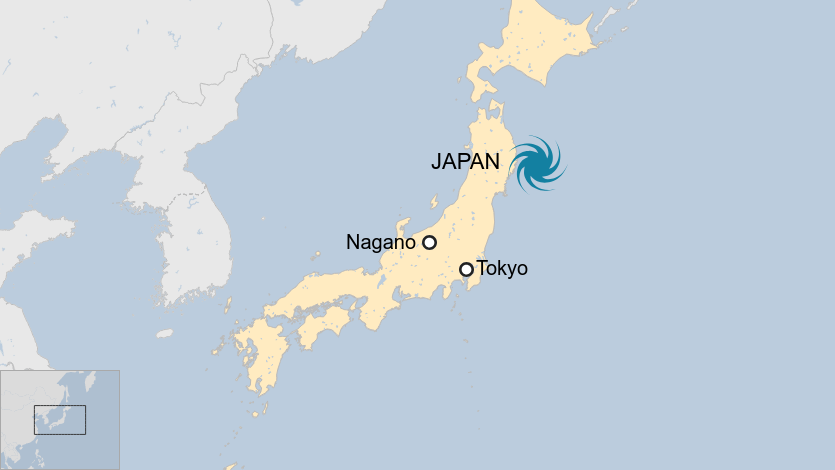 Many of the deaths came as people were buried in landslides or swept away by flood waters.

One woman in her 70s died after accidentally being dropped while being moved by a rescue helicopter, AP reported, citing fire officials.

Some areas of Japan saw up to 40% of their average rainfall in just a few days.

In the town of Hakone near Mount Fuji more than 1m (3ft) of rain fell on Friday and Saturday, the highest total ever recorded in Japan over 48 hours.

The rain also hit farming with fields and warehouses inundated.

“We never had a flood like this before,” one farmer, in Higashi Matsuyama city, northwest of Tokyo, told AFP.

The storm led to some Rugby World Cup matches being cancelled but a key fixture between Japan and Scotland will go ahead on Sunday.

Qualifying for Japan’s Formula One Grand Prix was also disrupted but the race went ahead and was won by Valtteri Bottas.

As the huge storm approached, more than seven million people were urged to leave their homes but it is thought only 50,000 stayed in shelters.

Only last month Typhoon Faxai wreaked havoc on parts of Japan, damaging 30,000 homes, most of which have not yet been repaired.

I am a print and digital media journalist having vast experience of reporting and editing in Urdu and English dailies.