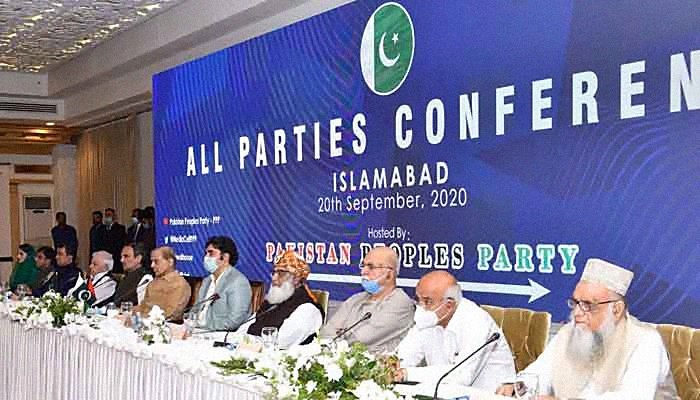 During his speech at the opposition’s APC on Sunday, he said Pakistan’s economy is not being destroyed, it has been destroyed, he said.

Pakistan’s major opposition parties have come together to devise an anti-government strategy at an All Parties Conference hosted by the PPP.

Currently, a discussion is underway to mull whether mass protests or a demand for resignations will be adopted as the course of action to oust the government.

Speaking about this, PML-N leader Rana Sanaullah said that Maulana Fazl-ur-Rehman had proposed the option of resignations, but the APC was still mulling over it.

“The leaders are bringing forward more proposals and the PML-N’s proposal will be a near reflection of what Nawaz had said [in his speech to the APC],” he said.

The PML-N stalwart said that for an in-house change, a legal option was present.

“Everyone’s stance is that protests be held against the government,” he said.

Sanaullah said that all the opposition leaders were on a single page to send the government packing.

“Nawaz Sharif had talked about a plan of action, Zardari also spoke clearly, and so did Maulana,” he said, adding that a team was meeting to devise an action plan.

Addressing the conference through a video link, former prime minister Nawaz Sharif thanked former president and PPP Co-Chairperson Asif Ali Zardari for the well wishes and expressed hope “that our efforts will surely come to fruition”.

“I am really thankful to all the opposition leaders for providing me with an opportunity to address people of my country. Although I am living outside the country, I’m well aware of the circumstances and hardships our country is going through.

“I perceive this conference as a turning point for the country where we can make major decisions for the country with bravery,” Nawaz said, adding that it was an opportunity to make important decisions as those pinning hopes to them would otherwise be disappointed.

“I am speaking from my experience of serving this country; the soul of democracy is when people are allowed to bring their opinions forward. According to the law, our democratic system relies on the opinions and say of the people.

“The democratic systems around the world follow the same principle. When public votes are not respected and the verdict is decided even before the elections, then we can guess how the people of this country are deceived and dodged.

“Unfortunately, Pakistan has been the laboratory for such experiments. It’s not even taken into account that the democratic structure of the country is demolished due to such tactics and the public loses faith in the system.

“During the 73-long history of Pakistan, everybody knows that no democratic leader could complete their tenure in the country whereas the dictators ruled the country and completed their tenure,” the PML-N supremo underlined.

“The people who followed the laws were put in jail. It is not a new thing in Pakistan that dictators are always set free and are not held accountable for whatever they do,” Nawaz said, referring to the former military ruler Pervez Musharraf.

The PML-N founder also said the “root cause” of Pakistan’s problems was a “state above the state” kind of a situation in the country. Reiterating the opposition’s claims of elections not being fair, he said the PTI regime “would not have come to power in the first place had these elections were not rigged”.

“Rigging elections is unconstitutional and robbery of people’s rights. It is a serious crime. I want to ask a question today. Why RTS (Result Transmission System) was shut for hours during the election.

“The former chief election commissioner and secretary will have to answer all these questions.”

Commenting on the foreign policy, the former premier maintained that country’s “good reputation in the international community is ruined because of the current policies and incapable regime”.

“It is because of this puppet government that India annexed Kashmir,” Nawaz said. “Why is the world not ready to listen to us today?

“Why are we alone,” he asked, adding that Foreign Minister Shah Mehmood Qureshi made statements that disappointed Saudi Arabia. “We must strengthen the OIC,” Nawaz asserted, referring to the Organisation of Islamic Cooperation.

The PML-N leader also lambasted the PTI government over the China-Pakistan Economic Corridor (CPEC), saying the multi-billion dollar project backed by China was being treated like BRT Peshawar.

Maintaining that it was imperative to scrutinise the role of National Accountability Bureau (NAB), the former premier said the watchdog’s boss, Justice (r) Javed Iqbal was is caught misusing his position but no action was taken against him.

“Soon, a day will come when everyone would be held accountable.”

“Imran Khan himself is involved in increasing the price of sugar in the country,” the PLM-N supremo alleged. “Will the NAB arrest him,” Nawaz asked.

Concluding his speech, the former PM once again thanked the PPP and reminded the leaders that now was the time to get united.

“We have to decide that we are one and if the APC is succeeded in doing so, then this conference is successful.”

PPP Chairperson Bilawal Bhutto-Zardari hailed the PML-N founder for giving a comprehensive speech and demanded a level-playing field in not only elections but in courts, media forums, and in the Parliament as well.

He added that everyone had seen that if the leaders were not elected through the public’s votes, the public welfare was always neglected. “Instead of facilitating the doctors and health professionals, the government targeted them and did not support them the way they were deserved,” Bilawal said.

The PPP chairperson also criticised the government over the state of media freedom in the country.

“When the political leaders are not permitted to present their viewpoint, if media is punished and censored of what they broadcast, then how do we expect that a common man can speak his mind?”

Earlier, in his welcome note, Zardari had thanked the attendees, noting that the APC should have taken place quite a while ago. Criticising the government for not “allowing” Nawaz’s speech to be broadcast, he said they showed former president Pervez Musharraf’s interview.

“We have never seen such stringent censorship across the country,” Zardari stated. “This reflects on the weakness of the government. It is impossible to curtail the emerging voices of the media.

“Today, a child from Balochistan has access to media and can voice out his concern.”

The ex-president also especially welcomed PML-N Vice President Maryam Nawaz, saying he was “fully aware of the hardships you’ve been through and respect that”.

“My solidarity is with Maryam Nawaz Sharif; she’s like my daughters, she has suffered a lot in her struggle, and we stand by her.

“The thinking pattern of the selected prime minister is that of a major,” Zardari said. “Since the very beginning we’ve been speaking against the fake mandate and this manipulation. Bilawal is probably the first leader to raise concerns that the government is selected.

“We tried to save democracy in the country since past two years. The first necessity to run a democratic state is democracy. We have raised voice for Balochistan and have been speaking for Punjab, especially South Punjab,” he added.

The PPP leader said he would inform the Foreign Office about developments during his tenure instead of the other way round and asking them for permission.

“My message to Pakistani people is that we have to be united together to save democracy in the country and with the press, we will win through this,” he added. 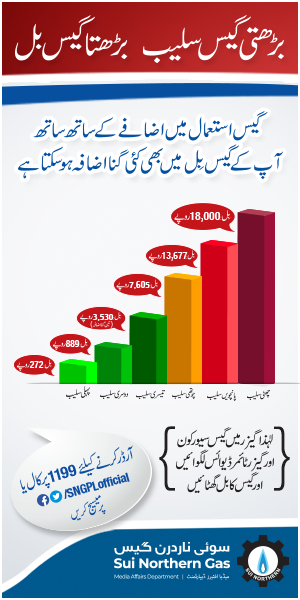 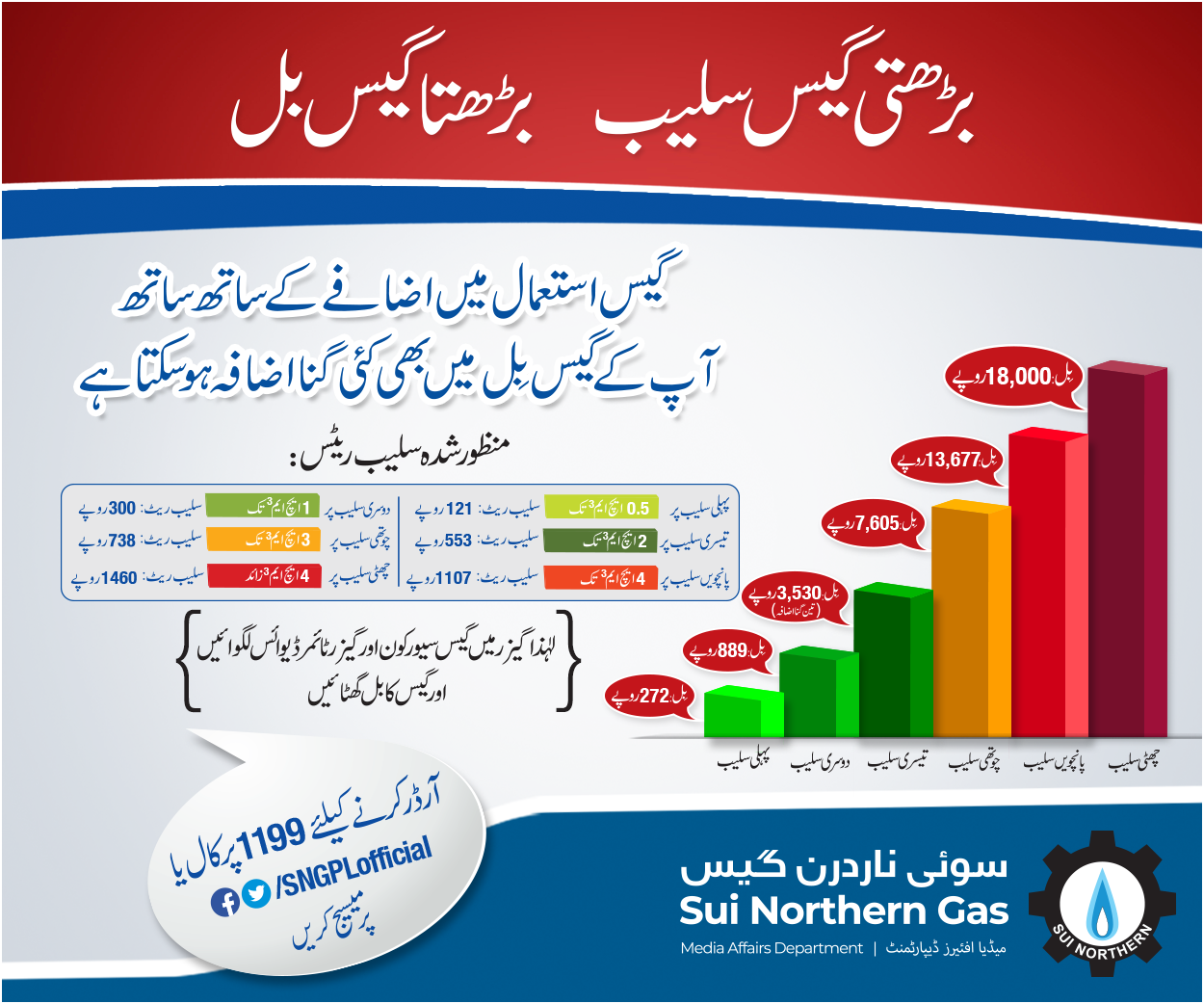