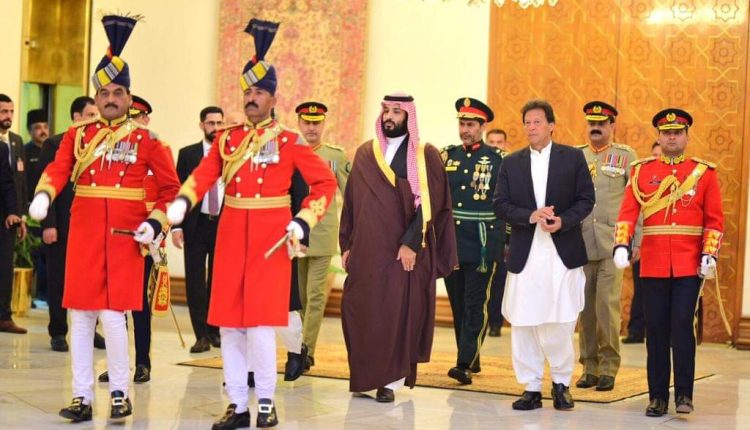 ISLAMABAD– Pakistan has returned $1 billion to Saudi Arabia as a second instalment of a $3 billion soft loan, as Islamabad reaches out to Beijing for a commercial loan to help it offset pressure to repay another $1 billion to Riyadh next month, officials said on Wednesday.

Analysts say it is unusual for Riyadh to press for the return of money. But relations have been strained lately between Pakistan and Saudi Arabia, historically close friends.

With the $1 billion flowing out, Pakistan – which has $13.3 billion in central bank foreign reserves – could face a balance of payments issue after clearing the next Saudi instalment.

“China has come to our rescue,” a foreign ministry official told Reuters.

“We’ve sent $1 billion to Saudi Arabia,” he said. Another $1 billion will be repaid to Riyadh next month, he said. Islamabad had returned $1 billion in July.

The People’s Bank of China did not respond to a Reuters request for comment, and Riyadh didn’t issue any details after a meeting between Pakistani army chief General Qamar Javed Bajwa, and the Saudi ambassador in Islamabad on Tuesday.

Although a $1.2 billion surplus in its current account balance and a record $11.77 billion in remittances in the past five months have helped support the Pakistani economy, having to return the Saudi money is still a setback.

Saudi Arabia gave Pakistan a $3 billion loan and a $3.2 billion oil credit facility in late 2018. After Islamabad sought Riyadh’s support over alleged human rights violations by India in the disputed territory of Kashmir, Saudi Arabia has pushed Pakistan to repay the loan.

Washington has expressed concerns about Pakistan and other developing countries getting stuck in a Chinese debt trap. It has criticised Beijing’s China-Pakistan Economic Corridor plans, involving more than $60 billion in pledged support for infrastructure projects in Pakistan.

Opposition Should Give Respect to the Leader of House: Fehmida Mirza

When a Jackal’s Death Comes it Runs Towards City, Says Maryam Nawaz