BAGHDAD– The death toll from anti-government protests in Iraq has risen to almost 100, says the country’s parliamentary human rights commission.

The unrest entered its fifth day on Saturday, with at least five people killed in the latest clashes in the capital Baghdad.

The security forces are again reported to have used live rounds.

Demonstrators say they are taking a stand against unemployment, poor public services and corruption.

It is the deadliest unrest since so-called Islamic State was declared defeated in Iraq in 2017.

It is seen as the first major challenge to Prime Minister Adel Abdel Mahdi’s fragile government, nearly a year since he came to power.

The authorities have been trying to control the protests through curfews and a near-total internet blackout.

An emergency session of parliament failed to go ahead on Saturday afternoon.

The daytime curfew in Baghdad was lifted on Saturday, and smaller groups of protesters began to renew their action.

The daytime curfew in Baghdad was lifted on Saturday, and smaller groups of protesters began to renew their action.

The city’s Tahrir Square has been the focal point of protests, but it was blocked on Saturday, according to local news agencies.

The violence has also affected majority Shia Muslim areas in the south, including Amara, Diwaniya and Hilla. A number of deaths were reported on Friday in the southern city of Nasiriya, about 320km (200 miles) away. 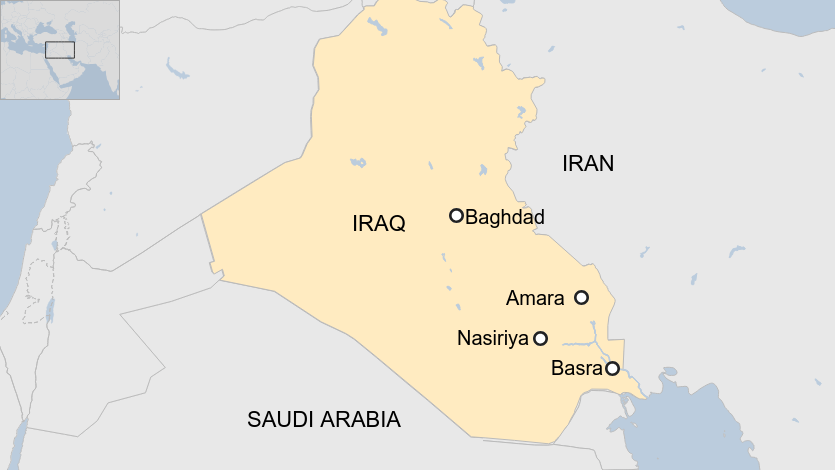 A total of 540 protesters have been arrested, of whom nearly 200 remain in custody, the human rights commission said.

It also said more than 3,000 people had been injured.

The demonstrators do not appear to have any clear leadership at the moment, and their anger in increasingly radicalising their demands, says the BBC’s Sebastian Usher.